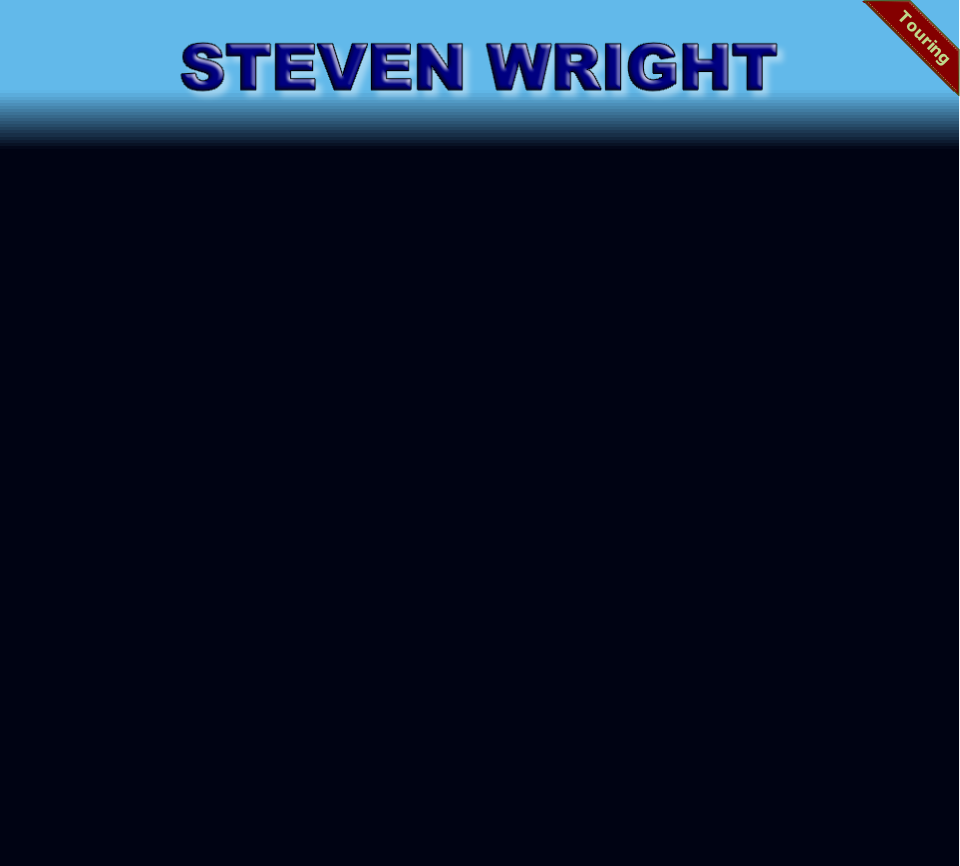 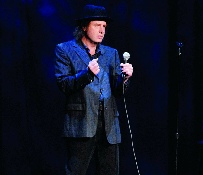 For my birthday, I got a humidifier and a dehumidifier... put 'em in the same room. Let 'em fight it out. - Steven Wright

When I go, I'm flying Air Bizarre. It's a good airline. You buy a one way round trip ticket. You leave any Monday, and they bring you back the previous Friday... That way you still have the weekend. - Steven Wright

I had a dream that all the victims of The Pill came back. Boy, were they mad! - Steven Wright

I like to fill my tub up with water, then turn the shower on and act like I'm in a submarine that's been hit. - Steven Wright

I like my dental hygienist. I think she's very pretty. So whenever I go to have my teeth cleaned, while I'm in the waiting room I eat an entire box of Oreo cookies. - Steven Wright

A while ago, I was in Las Vegas at the roulette table, having a furious argument over what I considered to be an "odd" number. - Steven Wright

I went into a place to eat, it said "breakfast anytime." So I ordered French toast during the Renaissance. - Steven Wright

Friday I was in a bookstore. I started talking to this very French-looking girl. She was a bilingual illiterate—she couldn't read in two different languages. - Steven Wright

I've been doing a lot of painting lately. Abstract painting, extremely abstract. No brush, no canvas. I just think about it. - Steven Wright

I got up the other day and everything in my apartment had been stolen and replaced with an exact replica. - Steven Wright

Cross country skiing is great if you live in a small country. - Steven Wright

You can't have everything. Where would you put it? - Steven Wright

My grandma says she has eyes in the back of her head. I hope it's not hereditary. - Steven Wright

I put my air conditioner in backwards. It got cold outside. The weatherman on TV was confused. "It was supposed to be hot today."

I made wine out of raisins so I wouldn't have to wait for it to age.

I was born by Caesarean section, but you really can't tell, except that when I leave my house, I always go out the window. - Steven Wright

If toast always lands butter-side down, and cats always land on their feet, what happen if you strap toast on the back of a cat and drop it?

I put contact lenses in my dog's eyes. They had little pictures of cats on them. Then I took one out and he ran around in circles. - Steven Wright

How young can you die of old age? - Steven Wright

On the other hand... You have different fingers. - Steven Wright

If you were going to shoot a mime, would you use a silencer?

I had just received my degree in Calcium Anthropology. The study of milkmen. - Steven Wright

My grandfather invented Cliff Notes. It all started back in 1912. Well, to make a long story short. - Steven Wright

All of the people in my building are insane. The guy above me designs synthetic hairballs for ceramic cats. The lady across the hall tried to rob a department store... With a pricing gun, she said, "Give me all of the money in the vault, or I'm marking down everything in the store."

I wrote a few children's books. Not on purpose. - Steven Wright

The brain is a wonderful organ; it starts working the moment you get up in the morning and doesn't stop until you get to work. - Steven Wright

I busted a mirror and got seven years bad luck, but my lawyer thinks he can get me five. - Steven Wright

The other day, I was walking my dog around my building... on the ledge. Some people are afraid of heights. Not me, I'm afraid of widths.

One time a cop pulled me over for running a stop sign. He said, "Didn't you see the stop sign?" I said, "Yeah, but I don't believe everything I read." - Steven Wright

I bought some powdered water, but I don't know what to add to it.

I was once walking through the forest alone. A tree fell right in front of me -  and I didn't hear it. - Steven Wright

Curiosity killed the cat, but for a while I was a suspect. - Steven Wright

I used to own an ant farm but had to give it up. I couldn't find tractors small enough to fit it. - Steven Wright

It's a good apartment because they allow pets. I have a Shetland pony named Nikkie. Last summer Nikkie was involved in a bizarre electrolysis accident. All her hair was removed except for her tail. Now I rent her out to Hare Krishna family picnics. - Steven Wright

Last time I went skiing, I had to get up at 5:00 in the morning. I knew I couldn't do that, so I slept with my skis on. My ride came at 5:30 in the morning, couldn't wake me up so he carried me out of the house, put my skis on the roof rack of the car, and drove to the mountain. Seventeen miles later, I woke up out of this incredibly bizarre dream that I was skydiving horizontally. I'm sure this has happened to you.

The ice cream truck in my neighborhood plays "Helter Skelter."

My neighbor has a circular driveway. He can't get out. - Steven Wright

I saw a man with a wooden leg, and a real foot. - Steven Wright

The other day when I was walking through the woods, I saw a rabbit standing in front of a candle making shadows of people on a tree.

I used to be a narrator for bad mimes. - Steven Wright

I own the erasers for all the miniature golf pencils. - Steven Wright